Has the Term Embryo Been Redefined?

It’s necessary for medical definitions to evolve with ever-advancing fields of science.  But what happens when those definitions are derived from opinion or political agenda rather than scientific fact?

Top medical dictionaries are divided on the definition of the term “embryo”, about half stating that this stage of development begins at the time of conception; the other half at implantation. Mirriam-Webster, the preferred reference of the International Institutes of Health and the National Library of Medicine, changed its original definition of embryo. 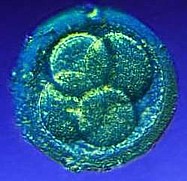 Webster’s 1913: “the first rudiments of an organism, whether animal or plant; in embryo: in an incipient or undeveloped state; in conception, but not yet executed”1

Merriam-Webster 2011: “an animal in the early stages of growth and differentiation that are characterized by cleavage, the laying down of fundamental tissues, and the formation of primitive organs and organ systems; especially: the developing human individual from the time of implantation to the end of the eighth week after conception”2

Redefining embryo to begin later in the maturing process, after fertilization, will allow pharmaceutical companies to sell certain types of drugs as contraception instead of drugs that actually cause abortion. It will allow for a politically and financially motivated abortion industry to profit on abortion without calling it such. It alleviates medical providers from their responsibility of informing a woman of what is truly happening in her body.

If a woman is being given a drug to end the life of an organism with separate and distinct DNA, she should be respected enough to be told.  Republican Nancy Johnson (R-CT 1983-2006) is noted as saying, “For those who do not believe that life begins upon fertilization, but believe, in fact, that that fertilized egg has to be implanted, [one would be] imposing his judgment as to when life begins on that person…”3

Has the definition changed to suit the user?