We Inform. You Decide.

CompassCare is your best first step for unplanned pregnancy and sexual health needs. For over 40 years CompassCare has been Upstate NY’s leader in women’s reproductive health. We believe money and insurance should never be a barrier to the care you need—all services are at no cost to our patients.

Our caring professional staff is dedicated to providing medically accurate and confidential abortion information, pregnancy diagnosis as well as STD testing and treatment.

Dr. Lammers received her Bachelor of Arts Degree in Biology and English from Canisius College in Buffalo in the year 1983. She commenced medical training at the University of Rochester School of Medicine and Dentistry and was awarded an M.D. degree in 1987. During her medical training she received the Charles Kochakian Award for outstanding research in endocrinology and nutrition, for her study of cultural influences on breastfeeding.

Dr. Lammers received her specialty training in Obstetrics and Gynecology at Strong Memorial Hospital in Rochester, New York. Her particular interests during residency included laparoscopic and minimally invasive surgery as well as psychosocial issues in ob/gyn, such as clinical depression, PMS, perinatal loss and menopause. In 1990 she was awarded the Curtis J. Lund Award Research Prize for her ongoing study of clinical depression in the indigent population in Rochester. Dr. Lammers was board certified in Obstetrics and Gynecology in 1993.

Dr. Lammers is married to her husband, John, and has three children. Non-medical interests include avid reading, performing as a liturgical musician and soloist, singing in the Lyric Chorale, sewing and knitting.

Dr. Rush received her Bachelor of Science Degree with Honors in Chemistry and a double minor in Zoology and Music from Howard University in Washington DC in the year 1985. She commenced medical training at the University of Buffalo and was awarded a degree in medicine in 1989.

Dr. Rush received her specialty training in Obstetrics and Gynecology at the State University of New York in Buffalo, New York. Her particular interests since graduation from residency have been in minimally invasive gynecologic surgery. She has furthered her training obtaining certification in Robotic surgery. She has been in private practice in Buffalo, New York since 1994. Dr. Rush is married to her husband, Blaine and they reside in the Buffalo area. Non-medical interests include: Music- She has played the flute since grade school and enjoys an eclectic mix of music.

Kathy has over 30 years of Prenatal and Perinatal nursing care, and has served as CompassCare’s lead nurse since 2012. She also serves as the health director of an area summer camp. Kathy earned her nursing degree from Roberts Wesleyan College in 1984. In addition to her nursing experience, Kathy is an MBTI certified practitioner. Kathy says, “I also enjoy team & leadership development, reading, traveling and spending time with family.”

Tammy finds fulfillment helping women navigate pregnancy decision-making and offering them support. She has over a decade of Prenatal and Perinatal nursing experience at CompassCare, in additional to 15 years nursing experience elsewhere. She earned her BS in Nursing from Columbia University. Tammy says, “I love growing flowers, and may be missing from the office during the month of May!”

Cindy is passionate about helping and supporting women to make pregnancy choices out of confidence and not react out of fear. Since earning her BS in Nursing from Columbia University, she has twelve years of nursing experience in general medicine, cardiac care, home health, radiology and ICU. Cindy has been at CompassCare in prenatal and perinatal care since 2016. When she’s not at work, Cindy likes to ski, hike, and take long walks with her dogs.

Johanna earned a Bachelors and Masters of Science as a Licensed Nurse Practitioner from the University of Rochester, where she won the RN Student Award as an undergrad. She brings 25 years of nursing experience to the team, including 12 years as an NP in the Strong Memorial Hospital Infectious Disease Clinic, focusing on STDs and specializing in care of HIV positive and AIDS patients, including research trials. Johanna enjoys hiking, birdwatching, gardening, and long walks with Ginger, her golden retriever.

Julie has worked as a nurse since she received her BSN from Roberts Wesleyan College in 1988. She has experience on a medical/surgical floor and the critical care unit in a hospital, and as a case manager in home care nursing. Julie joined the CompassCare team as a staff nurse in 2010. She is an avid gardener and enjoys spending time with her family.

Barb received her AAS in Nursing at Finger Lakes Community College in 1975. She has since then spent the majority of her nursing career working in behavioral health and substance abuse, working with a wide variety of clientele from military veterans to troubled adolescents. She has also worked as a disability advocate within the Department of Social Services. Barb has eight grandchildren and enjoys spending any spare minute with them. She considers herself to be somewhat of a “homebody” and loves to host events for friends and family.

Margaret brings over 25 years of nursing experience in Visiting Nurse Service and clinical education to CompassCare. She earned a BA in Physical Therapy from Skidmore College, an associate’s degree in Nursing from Monroe Community College, a BSN from the University of Rochester, and a Masters of Divinity from Northeastern Seminary. Margaret was recently promoted to Nurse Team Leader in our Buffalo office. In addition to her work at CompassCare, Margaret co-pastors Nash Road Church in North Tonawanda, NY. Margaret says she loves to read, “especially outside by the Niagara River on a nice day.” Margaret enjoys walking her dog and hiking, and has recently taken up yoga.

Katie received her Bachelor’s in Nursing from Russell Sage College in 2018. Before coming to work at CompassCare she worked for three years as a labor and delivery nurse where she enjoyed caring for and supporting women. Katie enjoys spending time with her family and friends, especially her nieces and nephews.

We have intentionally located our Rochester facility in an office park among a variety of professional offices, including doctors, dentists, lawyers and insurance agents, so the reason for entering the business complex is unassumed.

Both of our newly-renovated medical facilities are clean, comfortable and professional. With updated, state-of-the-art exam rooms, STD testing lab and ultrasound equipment, we are equipped to serve the reproductive health needs of women in Western NY.

Additional exam areas afford our patients the ability to schedule same-day or next-day appointments and get the information and answers they need sooner than ever. Our capacity to serve 100% more clients allows our nurses to attend to each patient in an unhurried, personal, and caring setting. 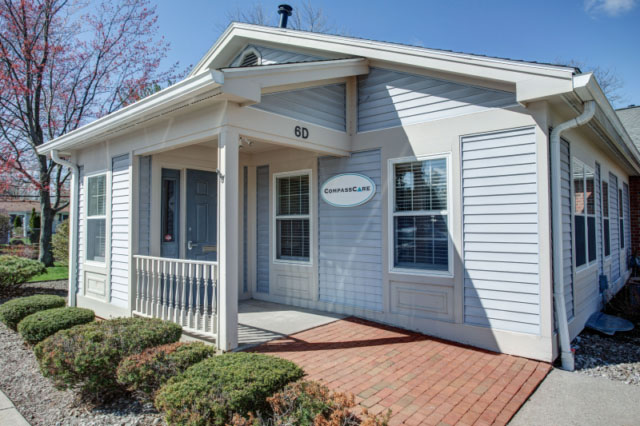 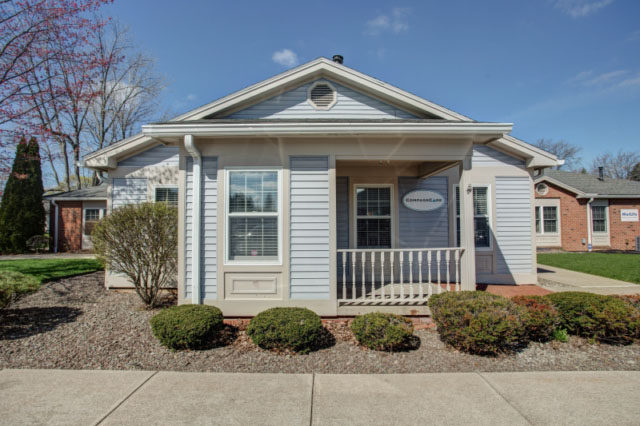 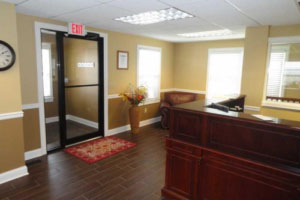 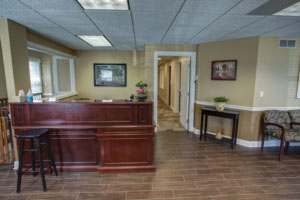 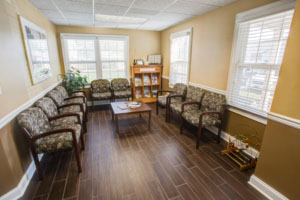 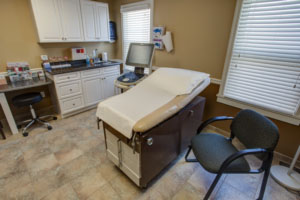 CompassCare is located at 2024 West Henrietta Road in Rochester, NY. The facility is conveniently located in Brighton Campus Park, a professional office park situated just south of the U of R and just north of MCC. Brighton Campus Park is easily accessible by car or bus. It’s less than a minute from 390 and directly across the street from the West Henrietta and Southland RTS stop.

CompassCare is proud to have the best reproductive health patient-care team in Rochester and Buffalo. Our team is specially trained to meet your unplanned pregnancy and sexual health needs. We are committed to provide you with compassionate care, relevant information, and professional medical services.