Is Marijuana Safe for Pregnant Women?

A recent survey of pregnant and non-pregnant women revealed that 70% of women believe there is little or no risk associated with using marijuana once or twice a week. In addition, upon review of data collected from 2007-2012, the American Journal of Obstetrics & Gynecology determined that more than 1 in 10 women used marijuana over the course of their pregnancy. 1 But is pot really harmless? 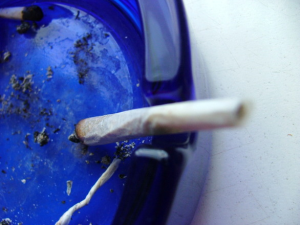 With marijuana now legal for medicinal purposes in 23 states and recreational intent in 4, the US will likely continue to see a rise in the rate of marijuana use among its young adults. A study published by The Journal of Adolescent Health reported that substance use among teens is actually declining—with the exception of marijuana, which now exceeds even cigarette use among adolescents.2 In a separate study conducted by Michigan University, a full 1/3 of female college students used marijuana over the course of the 2013 academic school year.3

It’s well-documented that marijuana has adverse effects on the adult human nervous system, breathing and heart rate.4 The question then arises: Is marijuana safe for a pregnant woman’s developing baby?

Studies such as the one performed by the Neurological Research Institute at Texas Children’s Hospital’s to determine the effects of prenatal exposure to marijuana on the brain, show that “prenatally cannabis-exposed children display cognitive deficits, suggesting that maternal consumption has interfered with the proper maturation of the brain.”5 The National Institute on Drug Abuse indicates that “resulting challenges for the child may include problems with attention, memory, and problem-solving.”6 Long-term studies show that prenatal marijuana exposure goes on to effect child behavior problems in pre-teens, including increased hyperactivity, impulsivity, inattention symptoms, delinquency and externalization of problems.7

To learn more about your pregnancy options and factors impacting fetal development, contact us to schedule a free appointment.

2 Journal of Adolescent Health. (2015). Trends Among U.S. High School Seniors in Recent Marijuana Use and Associations With Other Substances: 1976–2013.