Unplanned Pregnancies Can Change the World

She was from a small town… nowhere really.  The name of her hometown did not even merit a dot on the map.  Yet she found herself surprised by an unexpected pregnancy.  “How can this be?”  What would her parents think?  What would the townspeople say?  She would be an outcast.  Then there was her boyfriend.  Frankly, he may not believe her.  He may even think of leaving her.  This was not a simple decision. What about all of her hopes and dreams?

The decision Mary made not only changed her world, but continues to impact our world today.  Her decision was to be a mother.  Her son was born on Christmas Day and named Jesus, who represents hope in hopeless situations.

Maybe you recognize this famous story.  It’s not an uncommon one.  You’ve likely encountered similar stories without even realizing it:

Courageous women and unplanned pregnancies can change the world. 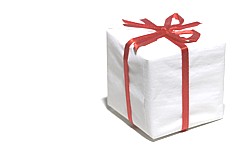