The point at which a woman is pregnant has traditionally been defined as when a separate and distinct strand of DNA has been created. This happens at fertilization, when male sperm unites with a female egg, which typically takes place in a fallopian tube. Recently some medical professionals have changed that definition. According to the American College of Obstetricians and Gynecologists (ACOG), “the establishment of a pregnancy takes several days and is not completed until a fertilized egg is implanted in the lining of the woman’s uterus.”1

But does this statement truly reflect the thoughts of the greater medical community?

In a 2011 study, 1800 practicing US obstetrician-gynecologists were asked to define when they believe that pregnancy begins.  Of the 66% who answered:

It is important to seek out an unbiased source to walk with you through your unplanned pregnancy.  Contact us for a free consultation. 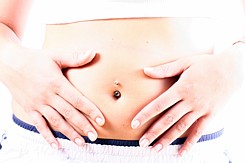