Women choose abortion for many reasons.  It can be a result of pressure from a boyfriend or a family member, fear of raising a child alone and at a young age, or just the fear of being pregnant.  The reasons are complex, and the stories span the emotional spectrum, from relief to heart-rending grief. Read some stories of women who chose abortion:*

“I have experienced several pregnancies and terminated all of them. The first time I found out I was in college and only 20 years old. I was freaked out, scared, felt lonely and depressed.”

“It would have been easier if my boyfriend said we’d raise it together and we could get married. I consider myself something of a feminist so I shock myself that I even thought I needed to get married to have a child, but I did… The best part was that I realized that this person was not someone I wanted to be with in a relationship, the worst part is the pain that you feel after.”

“The pregnancy termination has affected me because I keep thinking on the baby. If the baby was going to be a girl or a boy. How old would he or she would be now.”

“I strongly considered having the baby, but I didn’t think that I would be able to give it the kind of life that it would have deserved. I didn’t have that great of a job, I didn’t have a permanent home, and the father would have been hardly in the picture… I was very early along and I felt that it was the best decision for everyone involved.”

“Best part was I realized I needed to slow down take a step back and be much more responsible in life. Worst part was how horrible, scared, and selfish I felt. Has affected my life by making me slow down and realize I can’t be so careless or irresponsible.”

“I don’t think there was anything good about my experience.  Other than the termination was painless and quick.  The worst part was feeling/thinking ‘what if this is my one chance to have a baby?’”

But there are other stories of young women who chose to keep their babies despite the challenges.  Some did consider abortion, especially when there was little support from family members and boyfriends, or the baby was likely to have birth defects.  Read some of their stories:

* Submitted by a 2007 CompassCare online focus group.  Authors have been kept anonymous. 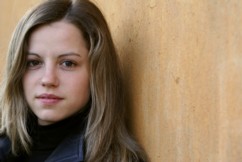